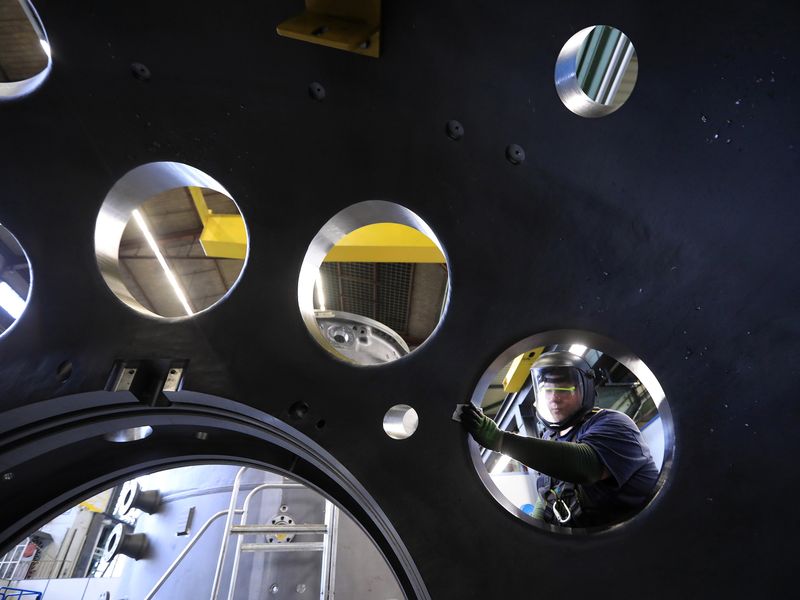 Europe’s Rocky Road to Economic Recovery Just Got Even Longer

German businessman Peter Fenkl always assumed 2020 would be an uphill battle. But less than two months into the year, it’s clear the challenge is much bigger.

The chief executive of manufacturing firm Ziel-Abegg is just one of countless managers across Europe seeing a hit to their bottom line from the coronavirus. The outbreak continues a run of bad news for European manufacturing that’s left the economy a weakened force and is gradually dashing hopes for a recovery.

“Every year there are events that affect us directly or indirectly — be it the sanctions against Russia, issues with Iran or Turkey, or the trade war with the U.S.,” Fenkl said. “In the worst case, we won’t be able to keep our forecasts, but we’ll do everything we can to deal with these setbacks.”

That frustration is echoed across businesses in Europe, whose reliance on exports and globalization exposes them to setbacks triggered by trade wars or political conflicts. Tiremaker Michelin cuts its profit forecast, and Pernod-Ricard, the owner of Jameson whiskey, warned the virus impact would be severe as it slashed its full-year profit forecast in half.

Worries about the fallout from China have put a cloud on the faint signs of optimism about Europe that appeared at the tail end of 2019.

Now, investors have started to fret again, and they’ve fallen out of love with the euro. The currency has dropped almost 4% against the dollar this year to the lowest in almost three years.

Reports due Friday will offer a potential early sign of the economic hit. The Purchasing Managers’ Index is expected to show declines in the measures for both manufacturing and services in February.

“Business surveys for January suggested the outlook was steadily improving. We don’t think that trend has been sustained in February and the PMI is likely to show it — we see scope for a downside surprise to the consensus forecast for a modest drop.”

The shutdowns in China have both hurt consumer demand in the world’s second-largest economy and forced companies to shut entire factories. For Fenkl, whose firm makes ventilators and motors, those closures cost him 2 million euros ($2.2 million) a week. Even now, only half of his China-based employees have returned to work at their plant near Shanghai.

The euro-area economy was already stumbling before the virus struck. Industrial production slumped at the end of 2019, and the region’s three largest economies — Germany, France and Italy — all failed to grow.

The repeated delay of a recovery is a particularly worrying prospect as the chances are slim that the European Central Bank will be able to step in to decisively save the day. Its monetary arsenal is depleted by a decade of crisis-fighting, and policy makers have been pushing governments to act and take up some of the lifting.

On that front, efforts to ready a coordinated fiscal response to the economic problems are at best slow moving. Euro-area finance minister tentatively agreed this week they could do more if things get worse, but the creation of a budget for the bloc is embryonic and countries with surpluses to spend have so far resisted pressure to do so.

“Our first concern in the euro area must be the level of growth,” France’s Finance Minister Bruno Le Maire said Tuesday at a meeting with his peers in Brussels. “It’s above all insufficient to guarantee the prosperity of each citizen of the euro area.”

Le Maire will gather with Group of 20 colleagues in Riyadh this weekend, where the economic shock is likely to be the dominant topic.

The coronavirus impact could also exacerbate the difficulties Europe may face from the China-U.S. Phase I deal. China’s trade commitments from that agreement already risk coming at Europe’s expense, but an overall reduction in demand from China makes the situation even more daunting.