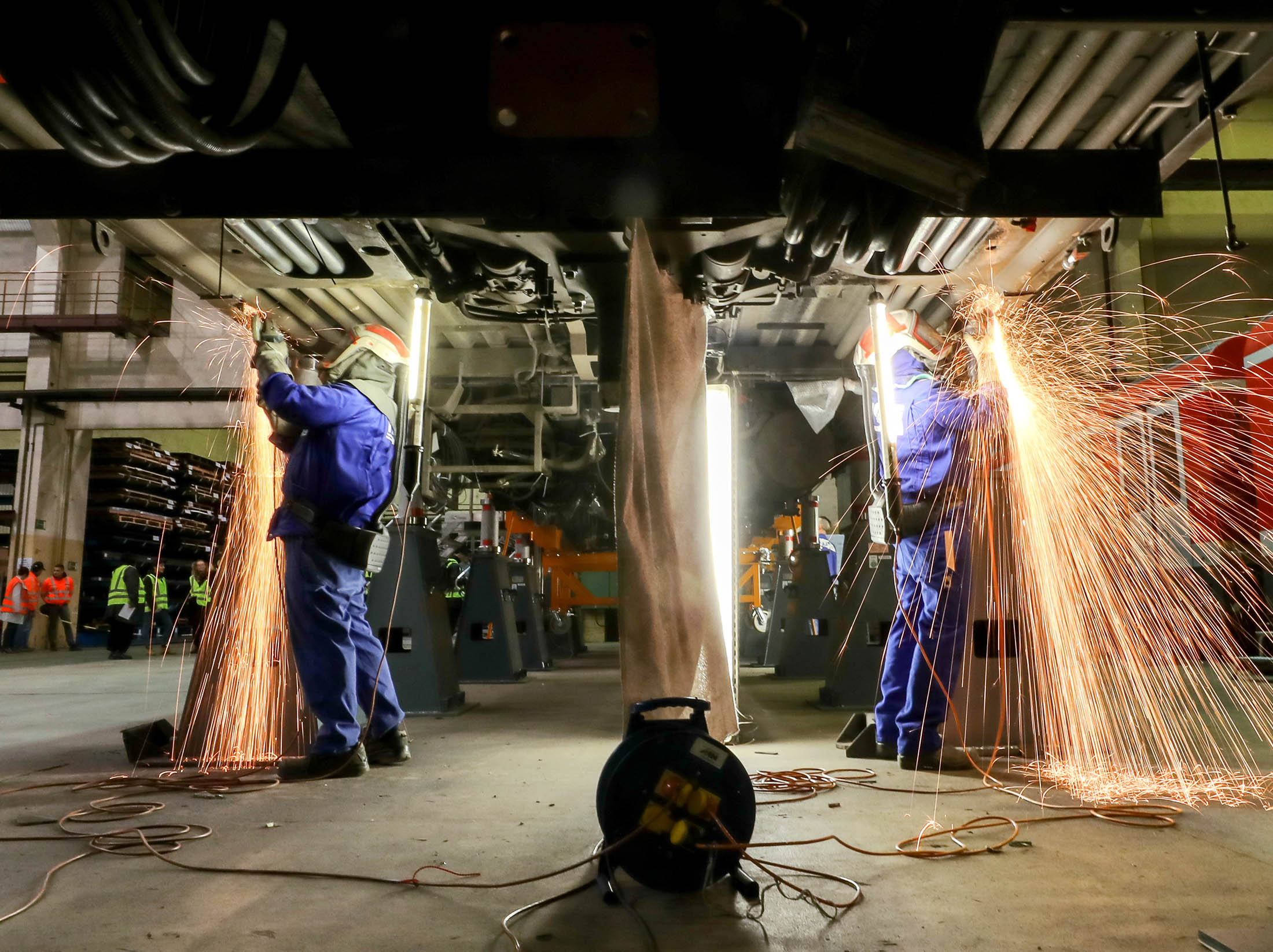 The German economy is unlikely to see much genuine growth this year, a leading industry lobby said, the latest report highlighting the bleak state of Europe’s biggest economy.

Bad news about Germany’s prospects has been arriving with reliable consistency after some tentative improvements toward the end of 2019. Exporters — hoping to benefit from a U.S.-China trade deal — are reeling from factory closures following the coronavirus outbreak, while investment and hiring plans are put on ice amid mounting uncertainty.

While the Bundesbank is still trying to put some positive spin on the current situation, arguing sentiment has improved from last year’s lows, the latest outlook from the DIHK industry and trade chambers is full of gloom. Even though they raised their 2020 forecast, much of the 0.7% expansion will be due to statistical effects and additional working days, the group said.

The government is more optimistic and last month raised its 2020 growth forecast by a 10th of a percentage point to 1.1%.

“It’s still the case that more companies expect business to be worse this year than better,” said DIHK Managing Director Martin Wansleben. “Even if the latest feedback from the ground somewhat brightens the cloudy picture from the autumn of 2019, we’re far away from the euphoria of an upswing. Uncertainty related to the coronavirus has emerged on top of that.”

Sentiment indicators have nosedived since the epidemic broke out in China, and investor expectations for export-intensive sectors deteriorated particularly sharply. Adidas AG and Volkswagen AG were among companies forced to temporarily shut down shops and factories over the past weeks, with potential ripple effects on bottom lines.

Yet the coronavirus may not be Germany’s biggest challenge. The country is dealing with a range of structural issues, including the car industry’s transition to electric vehicles, digitalization, a shift toward greener energy and a lack of skilled labor.

Nearly half of the 26,000 companies surveyed between mid-December and mid-January cited economic policy as a risk to their business, the highest rate ever recorded.