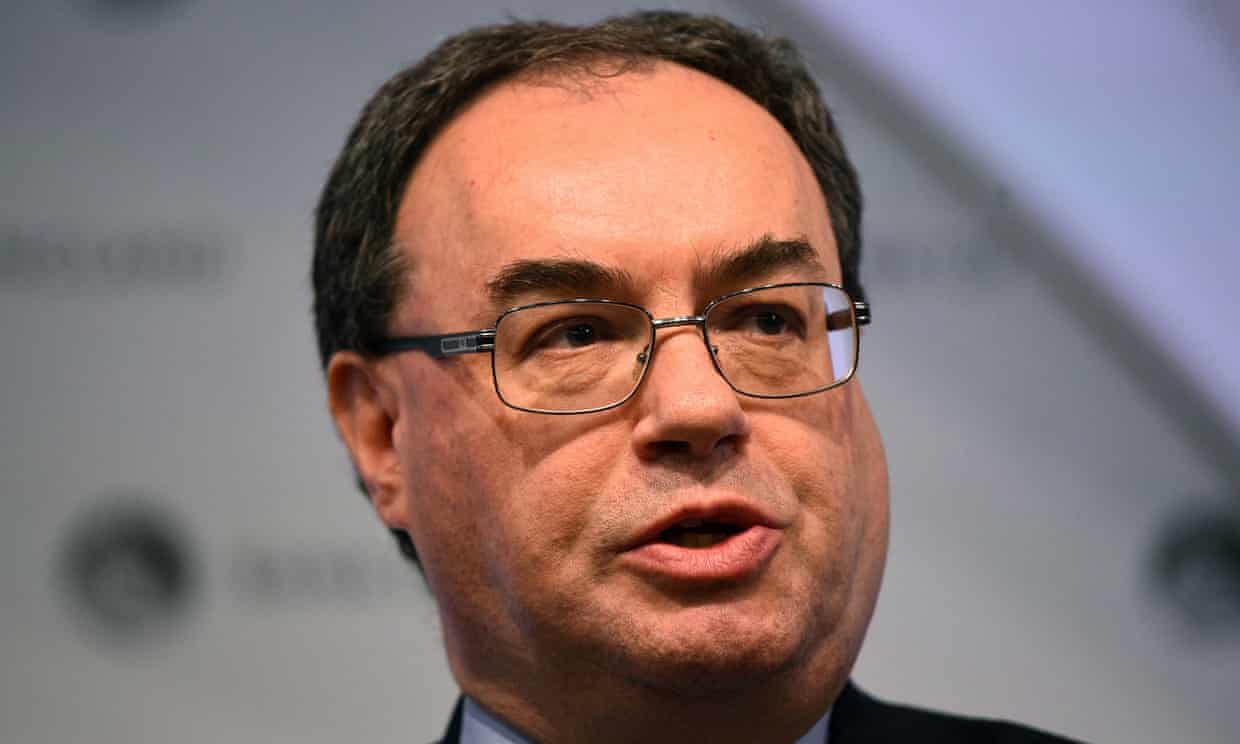 The incoming governor of the Bank of England, Andrew Bailey, has called on the government to offer emergency financial support to help British companies through the worst of the coronavirus outbreak.

Warning that the central bank had limited room to support the economy by cutting interest rates, he told MPs on the Treasury committee: “We are collectively now going to have to provide some form of supply chain finance in the not too distant future.”

He said Threadneedle Street and the Treasury were in talks about how to “ensure the effects of this shock from the virus are not too damaging to many forms of activity – and particularly to small and medium-sized firms.” He added: “We’re going to have to do that very quickly.”

Bailey is head of the Financial Conduct Authority (FCA) and is due to replace Mark Carney as Bank governor on 16 March. He said the Bank lacked “any great room for manoeuvre” with its key interest rate close to the lowest levels in its 325-year history, at 0.75%.

Dispelling suggestions that the Bank could follow the US Federal Reserve and the Bank of Canada by issuing an immediate rate cut this week, he said more information was needed about the scale of the economic shock.

“What we need is frankly more evidence than we have at the moment as to how this is feeding through,” he said. “We are still looking at the evidence and the precise sort of balance of what the shock is likely to be.”

The Bank’s rate-setting monetary policy committee (MPC) is scheduled to meet for the first time under Bailey on 26 March.

Against a backdrop of Boris Johnson’s government promising to “level up” Britain by boosting prosperity outside London, Bailey dropped a broad hint that the Bank could relocate some of its staff outside the capital.

“The time has come to now say what’s the right distribution of the Bank,” he said, adding that the Bank had already started work to examine where outside of London it could locate operations.

John McDonnell, the shadow chancellor, previously promised that a Labour government would relocate parts of the Bank to Birmingham.

In a wide-ranging hearing to consider his suitability for governor before the Treasury committee approves his appointment, Bailey defended his time in charge of the City watchdog despite a series of scandals on his watch.

Critics have criticised Bailey for slow progress in investigating the treatment of business customers by RBS and Lloyds, as well as for its handling of the failed investment firm London Capital & Finance.

He said he was “not proud of some of the things that happened during my time” but the watchdog had changed for the better under his leadership. He said a crackdown on payday lenders had saved low-paid families billions of pounds.

“It’s hellishly tough at times, but that’s the nature of it,” he said of the job. “I don’t regret it for a moment.”

Bailey said there would be no let-up in the Bank’s efforts to tackle the climate emergency and force the finance industry to adapt to the challenges posed by global heating.

He said he would build on plans for climate stress tests of banks and insurers launched by Carney. “We should be incredibly proud of what Mark’s done because it’s world leading. You can be assured that none of the momentum behind this is going to decline.”