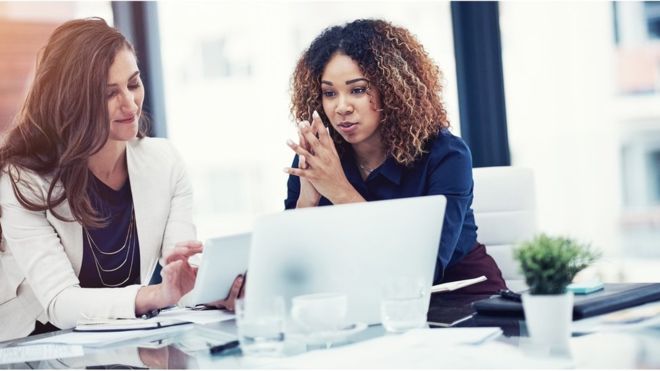 Young people from Black, Asian and other minority ethnic backgrounds are at greater risk of being in unstable employment, according to research.

The group is 47% more likely to to be on a zero-hours contract, a study said.

A report from the Carnegie Trust, University College London’s Centre for Longitudinal Studies and Operation Black Vote says the group is 4% less likely to have a permanent job.

The researchers compared the experiences of 25-year-olds in England.

It included people who are white, as well mixed-race, Indian, Pakistani, Bangladeshi, Black African and Caribbean, and other minority ethnicities, sometimes collectively known as BAME workers.

The report follows research that about a third of FTSE 100 firms have no ethnic minority board members.

The study also found that such unsecure work could be linked to mental ill health.

Douglas White from Carnegie UK Trust said: “Good work can have a really positive impact on people’s wellbeing – but we need to tackle the inequalities in who has access to good quality jobs.

“This report highlights that young people from BAME communities are particularly likely to enter into precarious forms of work. We need policy and practice to recognise and respond to this to ensure that good work is available to all.”

The report suggests that employers should carry out internal audits of pay, employment terms and promotions when it comes to race.

It also suggests government action on the gap in pay BAME workers suffer.

“This report must be a serious wake up call for the government, industry and our mental health practitioners,” said Lord Simon Woolley of Operation Black Vote.

“The race penalty in the work space is further exacerbated by mental health issues. It’s a double hit if you’re from a BAME community. We can, however, turn this around, but we need collective leadership.”

The report found that experiences in the job market varied for different ethnic groups. For instance, British Pakistani millennials were more likely to be on a zero-hours contract than their white counterparts. But British Indian and British Black Caribbean workers were not.

UCL’s Morag Henderson, a senior research officer at the university, said more research was needed to understand these differences.

Earlier this month, the Parker Review Committee found 31 of 83 FTSE 100 companies have no ethnic minority representation on their boards.

It found even lower representation at board level across FTSE 250 companies, where 119 out of 173 had no ethnic diversity.