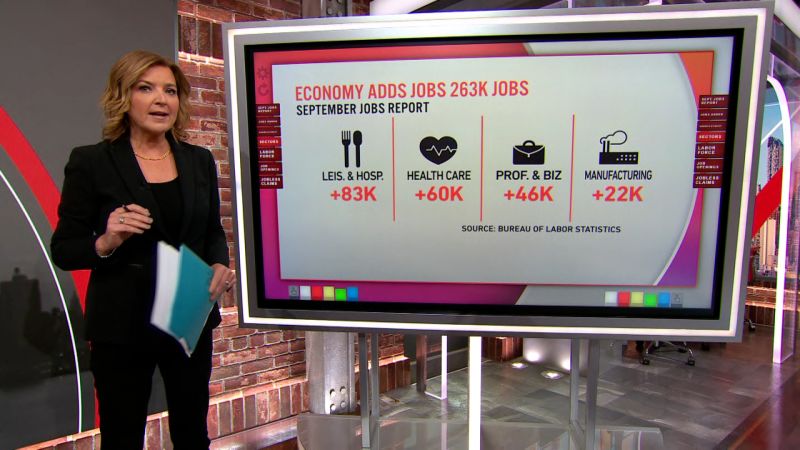 US economy will soon start losing 175,000 jobs a month, Bank of America warns

The Federal Reserve’s fight to squash inflation will cause the US economy to start losing tens of thousands of jobs a month beginning early next year, Bank of America warns.

Although the jobs market remained surprisingly strong in September, the Fed is working hard to change that by aggressively raising interest rates to ease demand for everything from cars and homes to appliances.

The pace of job growth is expected to be roughly cut in half during the fourth quarter of this year, Bank of America told clients in a report Friday.

As pressure from the Fed’s war on inflation builds, nonfarm payrolls will begin shrinking early next year, translating to a loss of about 175,000 jobs a month during the first quarter, the bank said. Charts published by Bank of America suggest job losses will continue through much of 2023.

“The premise is a harder landing rather than a softer one,” Michael Gapen, head of US economics at Bank of America, told CNN in a phone interview Monday.

In a perfect world, the Fed would slow the jobs market enough to get inflation back to healthy levels, but not so much that it causes significant and persistent job losses. Bank of America doesn’t think the Fed will be able to pull that off.

“We are looking for a recession to begin in the first half of next year,” Gapen said.

Unemployment to peak at 5.5%, Bank of America says

Last Friday’s jobs report showed that although the jobs market is slowing down, the United States added a stronger-than-expected 263,000 jobs in September. The unemployment rate dropped to 3.5%, tied for the lowest level since 1969.

The US central bank is raising interest rates at the fastest pace in at least four decades in a bid to cool inflation. Fed officials have made clear they are in no rush to shift out of inflation-fighting mode to save the economy from a slowdown or even a recession.

“They’ll accept some weakness in labor markets in order to bring inflation down,” Gapen said.

Fed officials have said interest rates will need to stay at “restrictive” levels for a period of time.