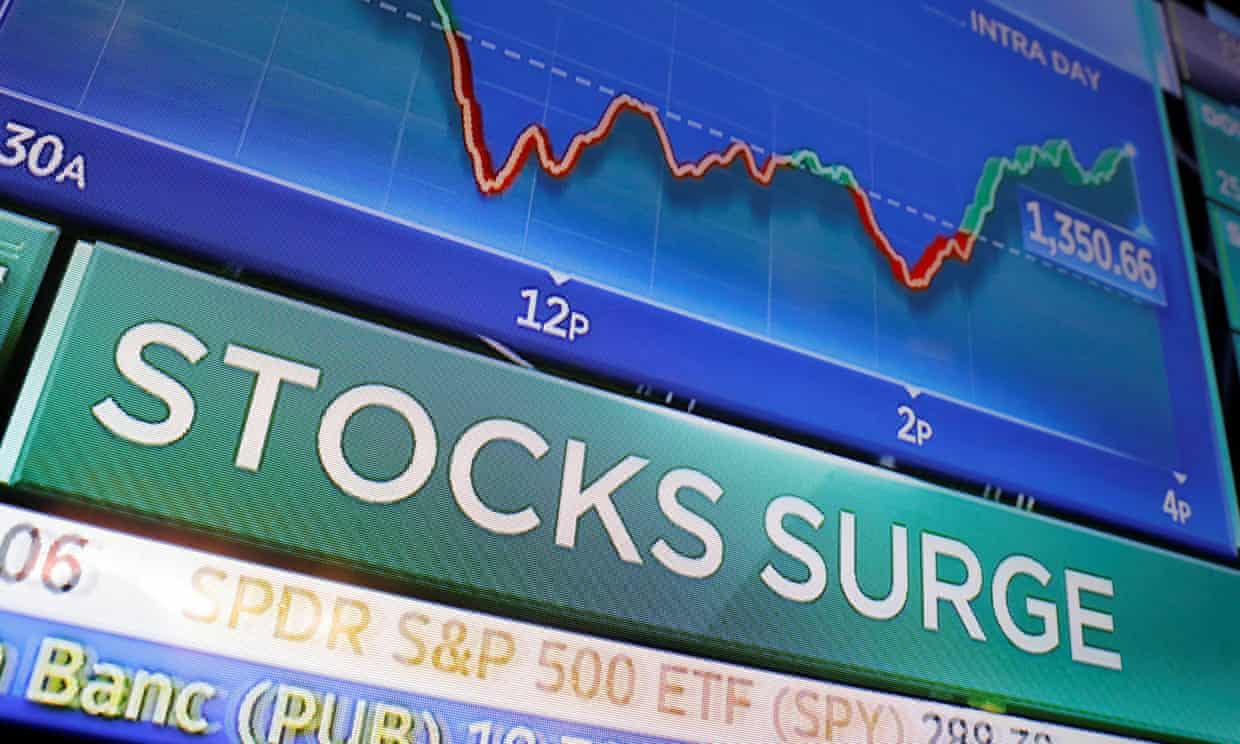 Time for a recap, after another wild day in the markets.

World stock markets have been hit by fresh turbulence, a day after their worst rout since the financial crisis.

Fears over the coronavirus outbreak and the launch of an oil price war continue to rattle traders, leading to very volatile trading.

The day began, and ended, with optimism that the White House was planning payroll tax cuts and support for businesses hurt by the current turmoil. But in between, fears of a global downturn weighed on stocks too.

European markets closed in the red for the second day running, suffering fresh losses after their worst day since 2008. The Stoxx 600 lost almost 1% more, with Italy leading the selloff as economists predicted a deep recession this year.

Britain’s FTSE 100 also began the day strongly, rising by over 3%, but that rally fizzled out. It closed flat at 5960. a four-year low, after slumping by almost 500 points yesterday.

However, Wall Street jumped by almost 5% tonight, after president Donald Trump said his administration were helping travel and holiday companies. Last night, Trump promised a big response to the Covid-19 threat (while still playing down the scale of the crisis).

According to Bloomberg, the risk of a US recession is now over 50%.

With this in mind, Trump’s White House appears to be aiming to persuade Congress to back a stimulus package to shield the economy from the fallout from the coronavirus outbreak.

According to one report, that could include assistance for the shale oil and gas production industry.

Trump also lashed out at the US central bank, calling it “pathetic” for not cutting interest rates faster.

Energy companies were in the firing line again today, with Saudi Aramco announcing plans to pump millions more barrels of oil each day – as part of a plan to drive down the oil price and put rivals out of business.

In the UK, banks promised help for small firms and mortgage holidays for consumers affected by the coronavirus outbreak, as the number of cases continues to rise.