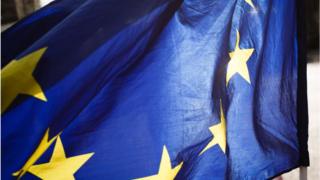 The EU plans to help block foreign takeovers of European companies struggling with the virus downturn.

It wants to allow governments to invest in weak companies, which could include some form of ownership.

While it called them “measures of last resort”, the European Commission says it is consulting member states.

A focus for the regulator is to counter unfair competition from state-owned firms, which are the backbone of economies such as China’s.

It is now looking at further protection for businesses based in the EU, in light of the significant financial impact coronavirus lockdowns are having on them.

“This in principle falls outside the scope of EU state aid control and can in particular be important for interventions by member states to prevent hostile takeovers of strategic companies by foreign purchasers,” a spokesman for the European Commission said.

“As in any crisis, the industrial and corporate assets are under stress. The resilience of our industries, their capacity to continue to respond to the needs of EU citizens and the preservation of strategic assets and technology, is key,” the spokesman added.

The EU is worried that foreign investors may try to acquire European companies “in order to take control of key technologies, infrastructure or expertise”. It says this “raises concerns as regards security”.

European companies have long been in the sights of Chinese rivals, including major state-owned enterprises, and the sharp economic downturn, and subsequent steep falls in share prices, could make them more vulnerable to overseas bidders.

“The Commission is well aware of concerns that operations involving companies benefiting from third-country subsidies or state support may have distortive effects in the European internal market,” it said.

The UK formally left the EU on 31 January, but is currently in a transition period until the end of the year. During this period, the UK will continue to follow all of the EU’s rules and its trading relationship will remain the same.