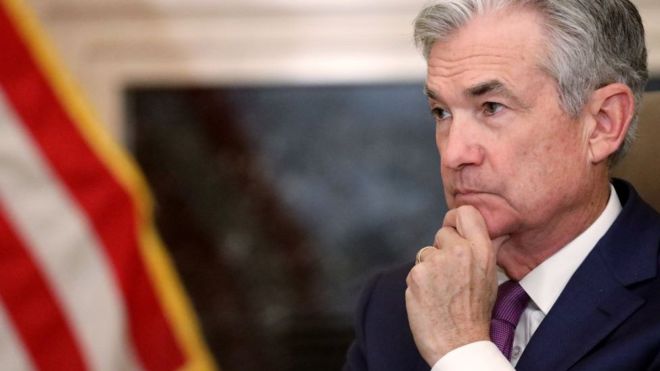 The Fed’s four radical moves to save the economy

As policymakers from America’s central bank prepare to meet – virtually – this week, they will be looking to see if the extraordinary steps they have taken to confront the world’s most severe economic crisis since the Great Depression are working.

Since March, the Federal Reserve has pledged to pump more than $4tn (£3.2tn) into the financial system, slashing interest rates, relaxing banking rules, and dramatically expanding its lending.

The Fed’s moves, which have increased its balance sheet by more than $2.2tn so far, have been replicated to some degree by many other central banks, including the Bank of England.

The responses, which typically complement massive new government spending packages, are an effort to keep money flowing despite the near-freeze on business activity during the pandemic.

“They’ve taken basically what they did in the global financial crisis and now it’s on steroids,” says Frederic Mishkin, a professor of banking and financial institutions at Columbia Business School.

1. The Fed rushed dollars to foreign countries and financial firms

The financial system was under strain this spring, as investors pulled funds out of a collapsing stock market, companies tapped credit lines in anticipation of lockdown losses and people in other countries looked to hold dollars for stability.

Responding to the rush, the Fed used emergency powers to advance funds to major financial institutions. It also made it easier for foreign central banks to exchange their own currencies for dollars through so-called “swap lines”.

The Fed was able to respond quickly, since it had developed the programmes during the 2007-2009 financial crisis, says Alan Blinder, professor of economics and public affairs at Princeton University. But at that time, the Fed was trying to shield the wider economy from risky bank behaviour, whereas now the Fed is working to protect the financial system from the bigger economic crisis.

“That’s not because they care about the bankers,” Prof Blinder says. “It’s because if the financial system started to implode, which it had started to do, that’s going to reverberate back onto the real economy and make things that much worse.”