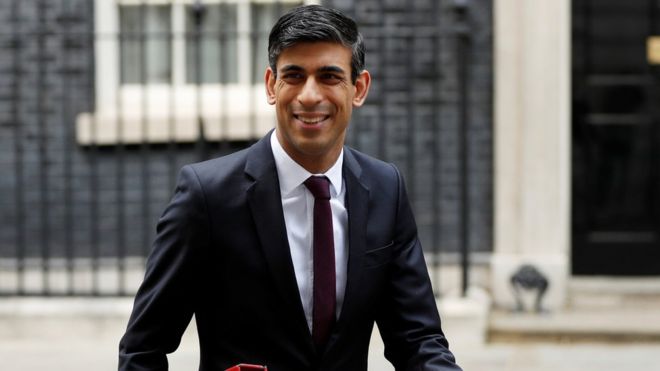 Chancellor to set out future of furlough scheme

Chancellor Rishi Sunak is to reveal the future of the government’s job retention scheme later, amid growing calls to extend it.

Currently more than six million people are having up to 80% of their wages paid by the government while they are temporarily on leave from their jobs.

Mr Sunak previously warned the furlough scheme, due to end in June, was not “sustainable” at its current rate.

The government is encouraging people in England to return to work if safe.

On Monday night, it published guidance for making workplaces “Covid secure”, including requiring employers to carry out risk assessments before they can reopen.

Labour’s deputy leader Angela Rayner said the furlough scheme needed to continue and should not be reduced, insisting it had been a “lifeline” for workers and employees during the coronavirus crisis.

She told BBC Radio 4’s Today programme that reducing the scheme too soon would “cost us in the long run”.

Nearly a quarter of the UK’s workforce has been furloughed, with 80% of employee’s wages – up to £2,500 a month – being paid by the government.

Mr Johnson said the initiative was “one of the most remarkable features of the government’s response” and stressed “it is absolutely right that we should do it”.

He said he did not want to steal his chancellor’s thunder but added that Mr Sunak would update MPs on Tuesday.

Last week, Mr Sunak promised there would be no “cliff edge” cut-off.

Torsten Bell, chief executive of the Resolution Foundation think tank and an early advocate of the scheme, warned against it being removed too quickly and called for a “careful and gradual change” to the measure.

“Moving too quickly could spark a huge second surge in job losses at a time when unemployment already looks set to be at the highest level for a quarter of a century,” he said.