Still closed – the shops that won’t be reopening

While pubs and hairdressers have been given the all clear by government to reopen on 4 July, many business owners were disappointed to learn they must keep their doors closed for now.

“It was a shock. I can understand the logical argument but personally it feels very irritating and disappointing,” says Adam Grant, a tattoo artist and studio manager at Tattoo UK in Uxbridge, west London.

He says it was frustrating to hear that hairdressers can open on 4 July, while tattoo parlours must remain closed.

It was especially irritating since tattoo parlours already have measures in place to prevent-cross contamination he says, such as the disposable gloves and aprons which artists must wear.

Prime Minister Boris Johnson told parliament on Tuesday that the government’s public health experts will work with sectors which remain closed, to help them become “Covid secure” and open “as soon as possible”. 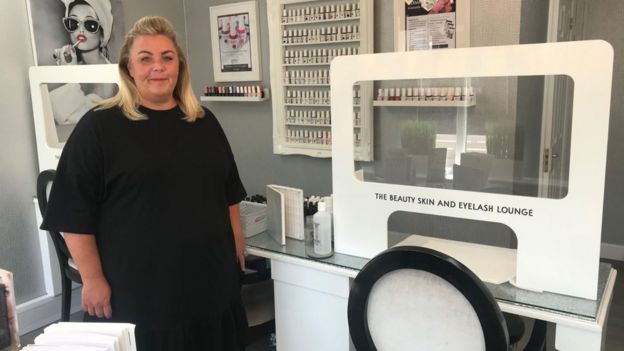 In the hope of a 4 July opening, Mr Grant had already made changes to the way the studio operated, including mandating face masks and asking future customers to come to appointments alone.

Now he says he has no date for reopening and no guidance on what safety measures will need to be in place.

“We’ve been left in limbo really, until further notice,” he says.

As a self-employed tattoo artist Adam was able to claim financial support from the government during lockdown, but he says that only covered him for 2-3 months.

“We may have to see if we can get another self-employment scheme because if we’re not allowed to open, we need to be compensated,” he says.