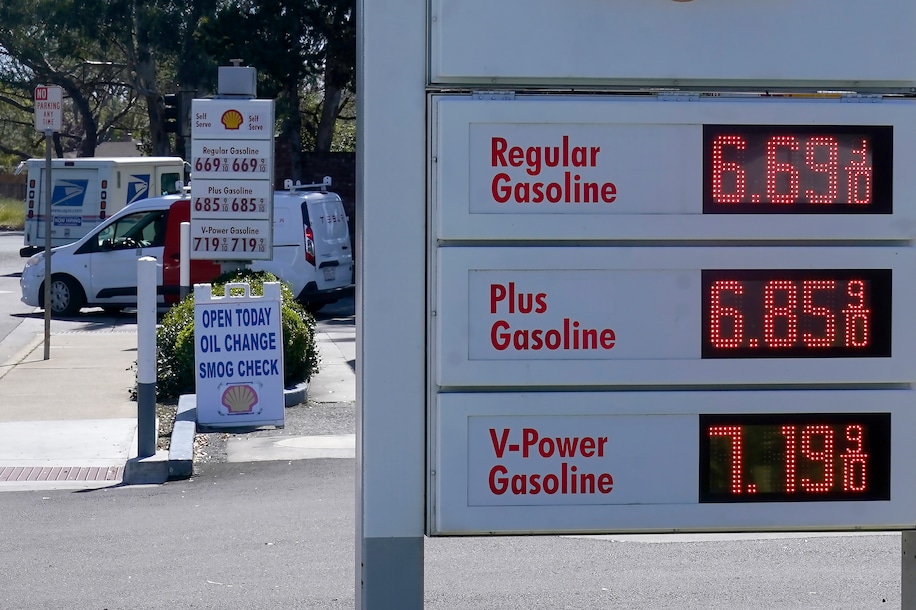 Gas and go. Pay later. How some drivers are dealing with higher fuel costs.

Get the gas you need now and pay for it in installments. It’s the modern layaway plan but instead of purchasing an appliance, clothes or jewelry over time, it’s fuel.

Klarna, a buy now and pay later company, is allowing Chevron and Texaco customers to pay for gas over six weeks.

“We have been working with Chevron since 2021, so this is not new and has no connection to the current global geopolitical situation,” Klarna said in a statement.

Still, it’s one more financial strategy consumers are using to deal with rising gas prices. As of March 22, the national average price of gas was $4.24 a gallon, according to AAA. A year ago, the average was $2.88. In some states, the per-gallon price is over $5. In California, the average price was $5.87 with some stations charging more than $6.

Gas prices are hitting new highs. Here’s why — and how long the surge could last.

Prices have been going up for so many things — housing, food, used cars — but the jump in the cost of gas was significant, up by 6.6 percent in February, according to the Bureau of Labor Statistics.

Payment plans have become the way millions of Americans get by financially. Credit usage is how many people make ends meet. Nearly 40 percent of current cardholders are carrying a balance on their cards, according to the latest credit card market report from the American Bankers Association.

But filling up a gas tank on an installment plan just seems too desperate. Groceries, gas, these are things you should pay with cash or a debit card. That’s what I teach.

Then I had to check myself.

What would I do if money were so tight that I couldn’t afford gas to get to the job I needed to keep a roof over my head and food on the table?

If you’ve got a well-paying job, high gas prices are a pain but manageable. Despite your griping, you could eat out less or downgrade your vacation plans. You can slow down, make sure your tires are inflated correctly, or combine driving trips around town. You can absorb the increase.

Stop speeding, get the junk out of your trunk, and other strategies to save money at the gas pump

For those living on the financial edge, the gas price jumps are frightening because there’s no cushion in their budget, no places to cut. This is the type of situation that turns people to payday loan operations with fees that equate to triple-digit interest rates. These short-term loans often keep folks trapped in a cycle of debt.

So, how bad is a buy now, pay later installment agreement for gas?

Usage of the payment plans by cash-strapped consumers has spiked during the pandemic. Buy now, pay later (BNPL) credit plans allow consumers to split the payments for the purchases, typically into four interest-free installments. Fees may kick in only if payments are made late.

“Our products are interest-free which means consumers don’t have to worry about accumulating interest like they would on a credit card if they need extra time to pay off their balance,” a company spokeswoman said in an emailed statement.

Klarna says it restricts the use of its buy now, pay later products if a customer misses a payment to prevent them from accumulating debt.

“Our losses are well below the credit card industry standard,” the company said. “If someone’s circumstances change, we have specialist support available (including 24/7 chat on our app or over the phone) and we help them come up with a payment plan to get them back on track.”

Even if people get behind, Klarna says it does not report account information or repayment histories to any of the nationwide credit bureaus.

Drivers have long been able to get gas station-branded credit cards to fill up their tanks. People pay for gas with general-purpose credit cards.

A recent Bankrate.com analysis of 22 cards offered by popular gas retailers, found the typical discount was just 5 cents to 10 cents per gallon when using a gas card. Not a great deal when you consider if you carry a balance the average interest rate was 25.8 percent. The national average rate for all credit cards is 16.34 percent.

Given the choice between piling more debt on a credit card with a double-digit interest rate or a BNPL product may be a slightly better short-term solution, says Ted Rossman, senior industry analyst for Bankrate.com and CreditCards.com.

“It’s not ideal, but understandable,” he said. “If somebody is really in that desperate of a situation, it is sort of a tricky trade off. It’s good that it’s relatively short-term. I just wouldn’t want people to be tricked by the low barrier to entry.”

The concern with BNPL is that consumers often buy more and spend more, warns the Consumer Financial Protection Bureau, which is looking into these products.

Don’t let the ease of a buy now, pay later product turn into a regular habit for discretionary purchases or even necessities. Don’t lose sight of what it is — a loan.