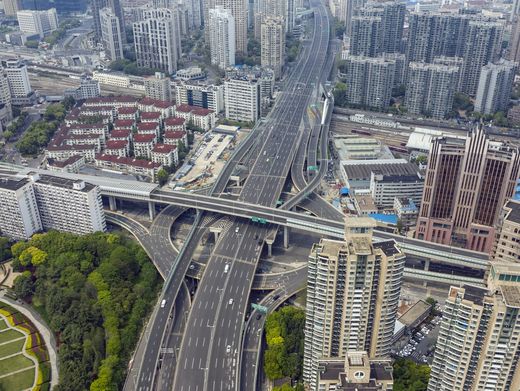 Investors aren’t buying the Chinese government’s bullish rhetoric and promises of support for an economy paying the price for its stringent Covid Zero strategy.

China reported the biggest contraction in retail sales and the highest unemployment since the early months of the pandemic on Monday. Hours later, the central bank announced 23 measures to cushion the economy, including more loan support to help businesses struggling to cope with damaging lockdowns.

The response from local markets was indifference, with the benchmark CSI 300 Index dropping 0.8% in Shanghai on Tuesday, a third day of decline. For investors, the bigger worry is the latest upsurge in Covid cases and more disruptions of the kind that shut down Shanghai for weeks, concerns that have eclipsed authorities’ pledges for market support and policy easing.

“It won’t be a very easy year for the market. The market needs much longer before seeing a broad and sustainable recovery,” Bruce Pang, head of macro-strategy research at China Renaissance Securities, said in an interview on Bloomberg TV. “All the negative factors such as macro slowdown, policy overhang and Covid lockdowns are not yet fading, so that still disrupts sentiment and confidence.”

President Xi Jinping has made clear there will be no change to the Covid Zero policies the country has followed since locking down Wuhan in 2020, which means that a cycle of shutdowns and reopening is likely in cities across the nation for the rest of this year, and possibly even longer.

The virus outbreak and stringent controls are now the biggest threat to China’s growth since the pandemic began two years ago, coming on top of a housing market crisis, the war in Ukraine and rising global interest rates. UBS Group AG, Barclays PLC and Bank of America Corp. slashed their growth forecasts for China to below 5%, with the latter outlining a bearish outcome of just 3.5% expansion if lockdowns spread to more economic hubs.

In a sign of what could be in store for the rest of the country, Tangshan, a steel-making hub about 100 miles from Beijing announced Tuesday it was locking down some districts in the city to stop a new virus outbreak, only a week after lifting city-wide curbs.